A passion for an Italian sports car

When we lived in the UK we rarely missed a visit to the Birmingham Motor Show at the NEC. 1995 was the first year FIAT showed their beautiful little Barchetta. I fell in love with those exquisite flowing lines and its simplicity. Not a big dream but I always hoped to own one.

The name 'Barchetta' means 'little boat' in Italian and this name goes way back in italian car design as do those flowing lines and quirky design features such as the pop out door handles. Brilliant! It's obvious why they called it a little boat as its similarity to one is obvious.

We needed something small and open topped in our lives. This is a great area for driving and our work means we do a lot. So, why not make it a bit more fun and fulfil that simple dream of owning a Barchetta - at last..

Italians love them as the design is timeless, making it something to be proud of. See one in good condition and it's hard not to stare (if you don't agree.. well..). It was built to a price so doesn't have rear wheel drive so it might not handle as well as a Mazda MX5 but complaining about that is like dating Penelope Cruz and complaining she isn't very punctual. You're really missing the point. It's fast, handles fantastically and looks amazing.

The car was design by FIAT's in house design team but hand built by a company in Chivaso called Maggiora. They went bankrupt in 2002 at which point production was moved to FIAT's Mirafiori factory in Turin. Mine would have been one of the last of the Maggiora built cars. And they were painted by Bertone.

So, the search started. Obviously, it's a FIAT so if they're not looked after they'll fall to pieces. It was clear there was going to be a lot of rubbish to sort through as Italians aren't famous for looking after their cars. This was going to be a challenge.

There are lots for sale and often the photos aren't up to much and I didn't want to travel too far as owners tend to exaggerate about the condition and the care they've lavished on their motors.

To cut a long and boring story short I'd seen one in Moncalieri, south of Turin, but the price was a little high. But it looked great and the mileage was low. We decided to go and have look. It was obvious the car was well cared for and it had hardly moved in 4 years. The colour and spec was spot on. It had aircon which is something of a rarity having been an optional extra for the princely sum of €1,500. Not cheap.

The owner seemed a nice guy and he said all the right things. We went quickly to negotiation, got him to drop a reasonable amount (not the cheapest Barchetta but it was worth the premium for the condition), and the car was mine.

Once we got home I started to list all the things that needed doing. And being a 12 year old FIAT there were a few things. First essential job was the cooling system. It was running cold all the time. The obvious place to start was the thermostat. I popped down to the local Ricambi (spares) shop and they had one on the shelf. As the Barchetta was based on the Punto series 1 parts are cheap and easy to find. Like Italians say, you can buy spares in a supermarket for FIAT. It was a very easy job to fit. Put in new antifreeze and distilled water and it now reaches the proper running temperature.

The handling wasn't great, tones of oversteer and the reason for this was also obvious. The previous owner must have wanted to save a few cents and so put cheap Chinese tyres on the front. We nipped it down to our local gommista (tyre fitter) for two new Pirellis and now it goes around corners like it should.

New brake discs, brake fluid change, new engine oil (the previous owner said it had recently been done and there was a sticker under the bonnet saying it had but the oil was fairly black and a bit smelly. Sadly, it's now common practise for a lot of garages to charge you for work they never did. So I took no chances).

Paint is in good condition, though not perfect, so a buff over with a low speed buffer helped a lot, though I'm waiting for a trip to the UK to buy the proper polishes and compounds - here I can't find them.. New stereo, some paint touch ups and she's starting to look great. It didn't have central locking so a kit for €20 from Ebay and an hour's work remedied that.

Now the weather is changing so we hope to put a few kilometres on it blasting around the Langhe and Monferrato. If you're looking for a bit of midlife fun for not much money I can highly recommend it. They're easy and cheap to fix. There's some real passionate owners out there so finding a good one isn't impossible. They never built them in RHD (right hand drive) so the UK is a good place to look - but watch out for rust. Mine, I'm happy to say, has none but the UK is a bit wetter so they suffer more.

"It might not handle as well as a Mazda MX5 but complaining about that is like dating Penelope Cruz and complaining she isn't very punctual.” 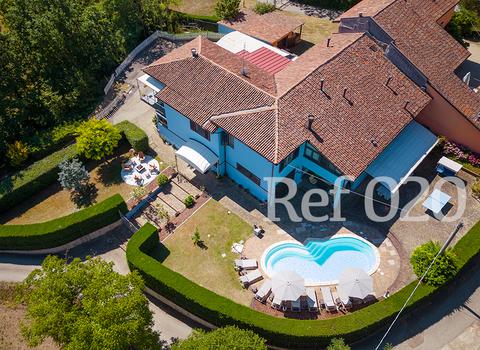